I received a phone call a couple of weeks ago from a tv show called New Zealand's Hottest Home Baker. They asked if I would like to create a cupcake tower for an episode they were shooting and wanted one of my towers as the centerpiece for the show.  As you can imagine I was thinking "are you for real? You want me to make a cupcake tower for the show!!!" I was so excited and nervous as anything!! After like a second thinking... how could I say NO!! I absolutely loved watching the show last year and now to be asked was a great honor.  I pretty much had free artist license to do whatever I wanted  ... hmmm .... that can be really hard, because the mind goes into crazy thinking overdrive.  I needed help!! After another chat to the show, the theme for the episode was "Party time" and they wanted something that was fun and fabulous.  I pitched some ideas and they love the girly, teddy bears picnic so we went with that!! Yay!!  I didn't have much time to create this so with a couple of sleepiness nights and a mini melt down this is what my finished tower looked like: 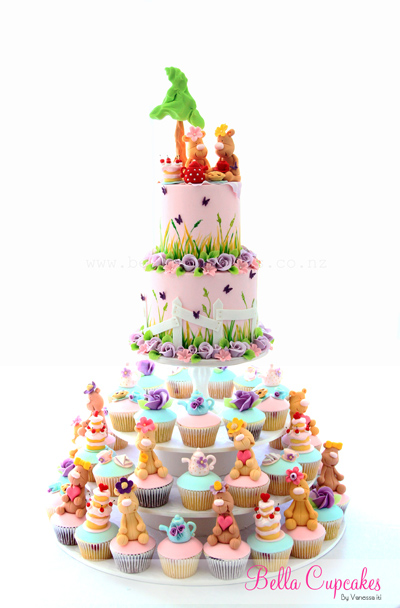 Even tho it was a stressful project due the time constants I had some much making this for the show. 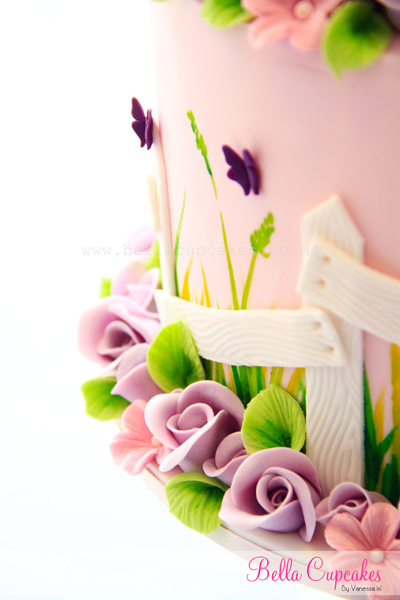 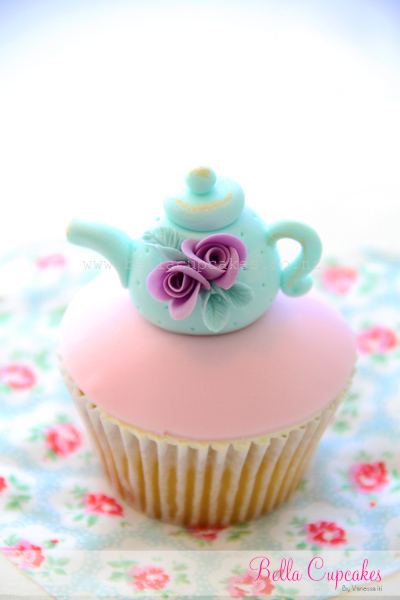 They loved the idea of having cute teapots on cupcakes 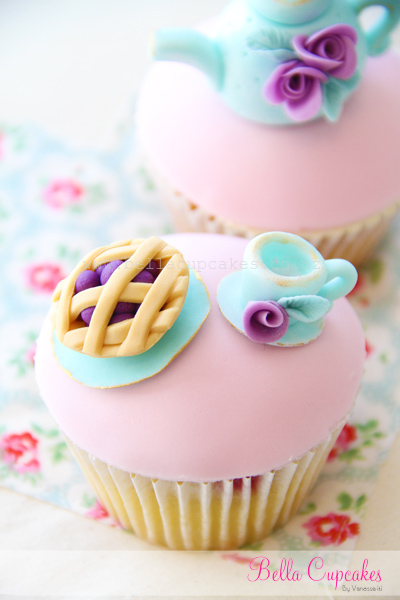 Blueberry pie and a cup of tea anyone? 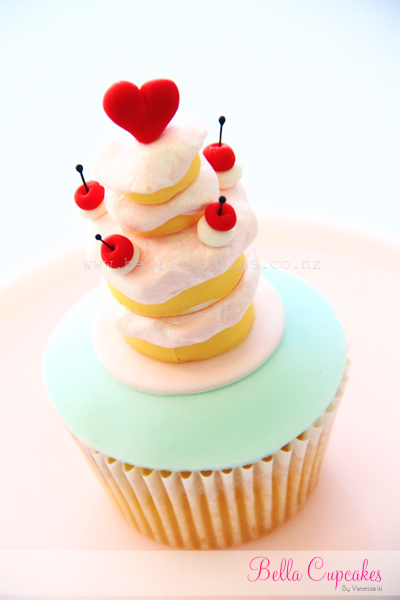 And it's not a picnic unless there is some yummy topsy turvy cake. 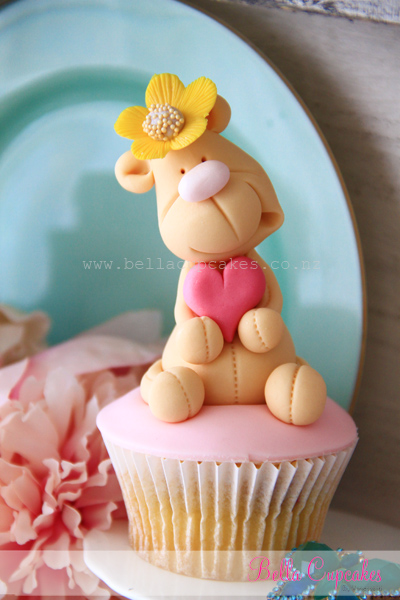 And all the cute teddy bears of course!

I was very lucky that I got to deliver it on set and actually see some of the filming of the show.  It was such an amazing day and I'm still in shock that it all happened!!  I now can't wait to see the show which will air later on this year.  A Bella Cupcakes Tower on TV, who would have ever thought? Not me that's for sure.  Happy Happy Joy Joy!! 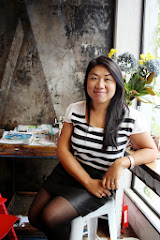